Ready to get started? Apply for a grant today!

The Sylvia Perkin Perpetual Charitable Trust, also known as, “The Perkin Trust”, has been supporting local charitable organizations since 1985.

Morris Perkin, husband of Sylvia, was a graduate of the Harvard Law School and practiced law in the Lehigh Valley from 1932 until his death. As an Attorney, he searched for a better way to track his time. With a pencil and a ruler, Morris created an organizer he called the “Day Timer.” He found it to be such a valuable tool he decided to market it as a product for all those who need to keep their time, their schedule, notes and reminders in one convenient place. He founded Day Timers, Inc. in 1950 and established a manufacturing facility in East Texas, Pennsylvania. The company became a significant employer and an excellent corporate citizen. The Day Timer became the gold standard of organizers and was one of the first of such products, which proved instantly popular with other professionals. Long before the advent of the Palm Pilot® or the i-Phone® “Let me put that in my Day Timer” became a statement heard throughout legal and business communities on a daily basis. The Day Timer was so popular that it had offices in Canada, the United Kingdom and Australia. During his years as a practicing attorney and entrepreneur, Morris and Sylvia Perkin always gave back to the community in which they lived and raised their son, Andrew.

When Day Timers was acquired by Beatrice Foods, Inc. in the early 1970’s, Morris and Sylvia made the decision to use their wealth to support local charitable organizations. Morris passed away in 1976 and Sylvia followed in 1985. Upon the passing of Sylvia, the Sylvia Perkin Perpetual Charitable Trust came into existence.

David Wiener
David is in the Insurance business in Allentown. His family has been in the Lehigh Valley for at least 3 generations with long standing business interests here. His deep ties to the community and business acumen have been proven assets to the trust.

Jed Rapoport
The Rapoport’s have been in the Allentown area for more than 115 years. The Honorable Arnold Rapoport, Jed’s father, served as Trustee of the Perkin Trust for more than 26 years. Jed will be the last Trustee to serve who actually knew Sylvia Perkin during her lifetime.

Attorney Michael Prokup
Michael is a 45 plus year resident of the Lehigh Valley by having moved here from Boston to establish his law practice and raise a family. Through his years of legal practice in the areas of trusts and estates and business planning he brings not only a commitment to the goals of the Perkin Trust but a high level of professionalism to its administration.

Grants are made to eligible beneficiaries in support of Lehigh Valley based programming only. Organizations do not have to be headquartered in the Lehigh Valley to be eligible but grant requests must be directly related to local programming.

Applications must be submitted through the online grant application form or alternative accessible application designed for assistive technology users. Applications are accepted year-around, but should be submitted by midnight January 31 to be considered at the annual grant meeting that occurs in March.

More detailed grant guidelines are part of the grant form.

Eligible Beneficiaries of the trust 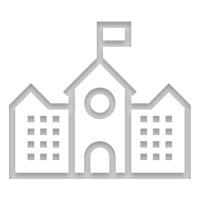